President Obama recommitted ―to supporting tribal self-determination, security and prosperity for all Native Americans. He recognized that “[w]hile we cannot erase the scourges or broken promises of our past, we will move ahead together in writing a new, brighter chapter in our joint history.”

“It is in this spirit that the United States today proudly lends its support to the United Nations Declaration on the Rights of Indigenous Peoples (Declaration).” 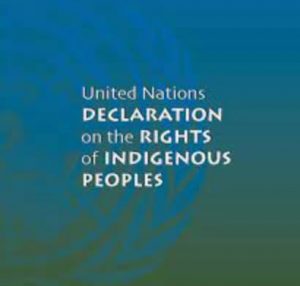