Statement of Ada Deer, Assistant Secretary- Indian Affairs: “As former chairperson of the Menominee Nation, I know firsthand how important it is for a tribe’s government to have control over sufficient resources to meet the needs of its people. I have engaged in numerous discussions over the years with tribal leaders about the need for a more balanced relationship with the U.S. I want to do everything I possibly can to assist tribes in preparing for the 21st century.

By way of background, I should point out that we now have 28
tribes in tribal self-governance. These 28 tribes, which are geographically dispersed in 12 States, will account for over $100 million of the Bureau of Indian Affairs budget in 1994.

Mr. Chairman, I have two overarching recommendations. First,
the self-governance demonstration project should be made permanent and available to more tribes. Second, I am proposing that this legislation be separated from the Indian Self-Determination Act and enacted as a freestanding law. I believe that the policy of self-governance is the most significant Federal policy for tribes since the Indian Reorganization Act of 1934. Self-governance will be the policy that will guide the relationship between the Federal Government and the tribes into the 21st century. Creating a separate Public Law for a permanent self-governance program would symbolize its importance.
We believe that recognizing tribal self-governance and self-determination is our greatest responsibility in our Federal trust relationship with Indian tribes. We see self-governance as a crucial step in making self-determination a reality. Self-governance makes tribal governments closer and more accountable to the political processes of those they govern.” 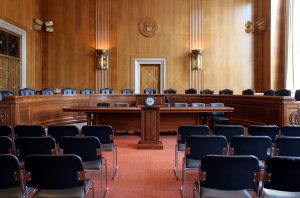